Too many people wrongly use God’s grace as a means to make living for Christ easy. They don’t make the needed changes to their lives because they say, “grace will take care of it.” Some actually say that they do not have to do anything because God’s grace has saved them and their actions have no bearing on that perceived reality.

The problem is reconciling such ideas with what is shown and demonstrated in God’s word. Grace is not freedom from effort, it makes it possible for our efforts toward God to actually make a difference in our eternal destination. Grace is an opportunity made possible only by God and His efforts, not ours. There is nothing we could do to bring this opportunity of grace to our lives. However, we can receive the blessings of God by taking advantage of the opportunity. Let us consider a Biblical example of how grace is not easy. The Bible tells us that “Noah found favor (grace) in the eyes of the Lord” (Genesis 6:8). This grace that Noah found in the eyes of God was a divine opportunity. God had already decided that He was going to destroy man from the earth (v. 7). Such destruction would have included Noah and he would have deserved it because he was a man that had sinned (Romans 3:23). Yet, God’s grace gave Noah an opportunity to build an ark within the last 100 years of mankind in order to save himself and his family.

Today, it is no different. Men have found “grace in the eyes of the Lord” through Jesus Christ. That grace is an opportunity to do something that will bring about their salvation. Hebrew 11:7 states that Noah’s preparing the ark brought about his salvation. We must build lives of obedience to God in order to bring about our salvation. An opportunity provided by God, but not an easy one. 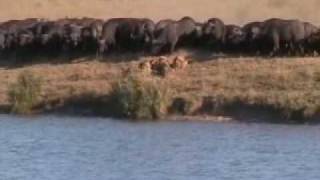 I Cannot Help Myself